If you have any questions please contact David Dolhomut at david.dolhomut@amcham.pl or +48 534222048.

Since the start of the Russian invasion of Ukraine in February, neighboring countries have seen many refugees fleeing toward safety with millions being displaced in a short time. Many refugees come from various professional backgrounds from blue-collar to white-collar workers who suddenly were forced to leave their homes and jobs due to the ongoing conflict.

On behalf of the AmCham HR Committee, we invite you to join us at our next meeting entitled "Best practices on setting-up refugee hiring programs". Our speakers will be from Upwardly Global, Jina Krause-Vilmar, President & CEO; Jennie Murray, Vice President of Programs; Kimberly Cohen, Director of Employer Engagement; and Wendy Chan, Senior Manager, Strategy and Consulting Services from Accenture Federal Services, who will discuss: Wendy Chan is a strategy and consulting executive at Accenture Federal Services, a wholly owned subsidiary of Accenture. Chan specializes in public sector and nonprofit innovation and strategy and has over a decade of experience with designing and executing workforce development and DEI initiatives. Chan leads Accenture’s partnership with Upwardly Global and has received several awards for her work with Upwardly Global and was featured in a leadership case study by the University of VA Darden School of Business.

A social entrepreneur for the refugee cause, Wendy Chan co-founded One Journey, a grassroots movement that uses storytelling, technology, and cultural elements to help shift the narrative about refugees and mobilize the public to take actions. She also founded NOVA Friends of Refugees, an interfaith network of 1,600+ individuals connected to support the integration of those seeking refuge in America.

Chan holds an M.B.A. from The Wharton School of the University of Pennsylvania, an M.A. in International Relations from Johns Hopkins University, and a B.A. in Economics from the University of California at Berkeley. Chan is also a recipient of the Washington Business Journal’s Minority Business Leaders Award and DC Mayor's MOAPIA Ajay Ojha Volunteer Service Award. She lives in Arlington, Virginia with her husband and two children.

Kim oversees Upwardly Global's private sector engagement strategy and program. She leads a DEI Employer Working Group of over 60 companies in order to lead the business community towards more inclusive practices for immigrant and refugee professionals. Kim joined UpGlo after a fellowship at the Jacob Blaustein Institute for the Advancement of Human Rights and previously, Kim was the Director of Major Gifts at HIAS -an international refugee org. During the height of the Syrian and European refugee crisis in 2015, Kim played a crucial role in setting up HIAS Greece --raising needed funds and supporting the programmatic roll-out in Lesvos. Kim started her career in the private sector, working in international trade in France, where she built strategic relationships with external trade organizations, local WTOs, and the U.S. Department of Commercial Service. 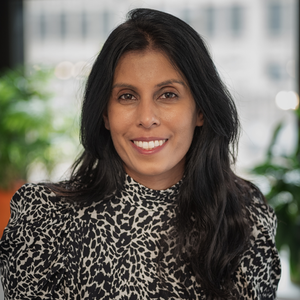 Jina Krause-Vilmar is an expert in refugees, livelihoods, and gender, working to create safe pathways to economic resilience for crisis-affected women for the past 15 years. With her leadership, Upwardly Global has expanded its workforce operations across the United States and skilled a growing number of immigrant and refugee professionals and is implementing a transformative strategy that brings clear outcomes, strong evidence, and innovation through collaborative partnerships with public and private sectors.

Prior to Upwardly Global, Jina has worked in collaboration with various UN agencies, international and national NGOs, and governments, to craft and implement solutions that enable refugees and immigrants to integrate into the workforce. She has published extensively on how to improve international development and humanitarian practice for economic opportunities for refugee women. She helped develop the SPHERE Minimum Economic Recovery Standards and contributed to the U.S. Department of State’s refugee livelihood’s criteria. She has co-chaired with UN Women, the Inter-Agency Standing Committee’s Gender-Based Violence (GBV) Response Working Group.

Jina has been interviewed on Aljazeera America, the New York Times, Huffington Post, and the Guardian, and published in CNN, Times Magazine, and other news outlets. She earned her MSc in Comparative Politics at the London School of Economics and her Bachelor’s degree in Government from the University of Texas at Austin. She currently serves as an advisor to Ashoka’s the Employment/Entrepreneurship Migration Accelerator for Europe. 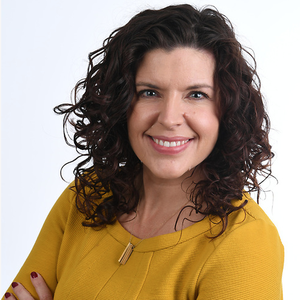 As Vice President of Programs, Murray supports Upwardly Global in scaling its nationally recognized job coaching and skill-building programs to job seekers and corporate partners across the country. Not only does this work extend to the over 1,000 job seekers placed in professional careers annually through the direct service program, but it extends to impacting thousands more through the Jobversity platform and to the rapidly growing 50+ coalition of fortune 100- and 500- companies that make up the DEI Corporate Working Group.

Murray brings decades of experience to this role, serving as a subject matter expert at the intersection of immigration services and the private sector, as well as in the refugee resettlement and workforce development fields. Before joining Upwardly Global, she developed and led the New American Workforce at the National Immigration Forum, an umbrella of national immigrant worker upskilling and support programs offered at over 500 companies, such as citizenship legal services and English-language training, English at Work. In addition, she formed and led the Corporate Roundtable for the New American Workforce. This collection of the nation’s largest corporations develops and implements best practices for immigrant integration at the worksite, and advances legislative advocacy initiatives to support new Americans.

Before joining the Forum in 2013, she served as the director of programs at Jubilee Jobs and client and partner outreach lead at Catholic Charities’ Washington, D.C., Refugee Center. Raised in Los Angeles and Nashville, focusing on ethics, non-profit management and international relations, Jennie graduated with her bachelor’s from Union University and earned her master’s from Wesley Theological Seminary in Washington, D.C. Currently, Jennie lives in the San Francisco Bay Area with her husband and their son.

Connect with 29 people attending this event 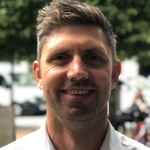 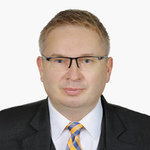